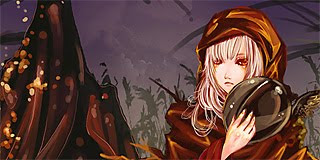 The Gardener stands in the pool of life and takes off her helmet. She had trimmed the old, dying branches to make room for the new, doing her best to be careful and not cut away too much. Setting her shears into the water, the Gardener surveys her work with neither satisfaction nor disappointment; neither favoritism nor bias. She watched the new buds as they grew, knowing that when they aged, she would return them to the earth as well.

The Grim Reaper is often portrayed as a dark figure bearing a scythe, cutting down lives and collecting their souls; but if you view the Reaper as a groundskeeper, trimming the grotto that is ‘life’ with gardening shears, would that be false?