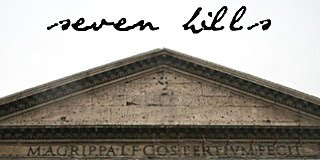 Seven Hills (www.sevenhills.tumblr.com) is an independent blog that chronicles a University of Wisconsin junior’s experiences in the fifteen cities and eight countries she visited while studying abroad.

It is hosted by Tumblr and utilizes words, photographs and materials found on the Internet to cover the time period from Sept. 1, 2010 to Jan. 7, 2011. Since it went public, more than 1,500 people from 25 countries have visited Seven Hills. The blog takes its name from the author’s host city, Rome, which is built on seven hills that play a strong role in the myths about its foundation.