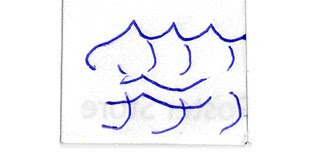 Flipbooks originated over a century ago as the original moving picture, a (patented) toy common among elite photographers and filmmakers.

Now, they are more novelty than anything else. They are cheap, too. But in the right hands, flipbooks can be teaching tools. The animation shows how a simple set of paper scraps and a staple can offer momentary entertainment. The series of photos are from a workshop I conducted in New Delhi in 2008 for school children and children not in school. None of the students had seen a flipbook before, but by the end of a week, each participant produced a handful of flipbooks of animated short stories demonstration sequential timing, spatial reasoning, and other basic math and physics concepts.