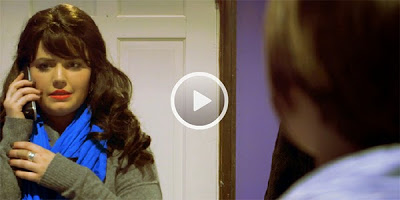 When it Rings is a film about a middle class family about to go on a family outing. The daughter talks with her mother while she gets ready and then it is revealed that the father is much later than he should be. The phone rings and it turns out it is the police, the father has been arrested and needs to be picked up from the police department, the now distraught mother leaves to go get him.