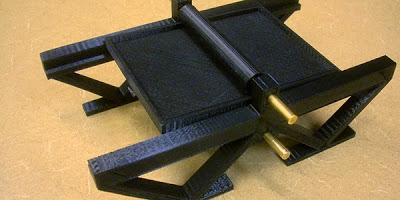 The Pity Press is a 3D-printed miniature printing press. In response to overheard self pitying remarks on the state of the fields of printmaking and 4D/New Media from students and staff, I have created a sad little combination of both. At just under seven inches in length, the Pity Press isn’t good for much except feeling bad for itself.

The Press’ first outing has been on “Your Medium is Dead”, a collection of postcards that indicate the date in which an artistic media has been declared ‘dead’ by an art critic, historian, or due to a major event in the field. The cards were then distributed to the art department faculty.