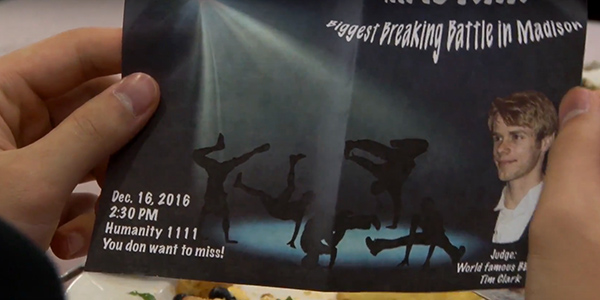 This project was shot by Sony NX5U for Comm Arts355. We wrote our own screenplays, prepared previsualization documents and planned out all the locations and actors. It was kind of challenging for college students to make a film in a restricted time and with limited budget, but it was so much fun at the same time. My narrative film, tells the story of a breaking dancer (also a UW-Madison student) who falls into the dilemma of attending an important breaking dance battle and going to his girlfriend’s film showcase as he promised before. In the end of the film, he doesn’t make the competition but it comes with a bigger surprise!