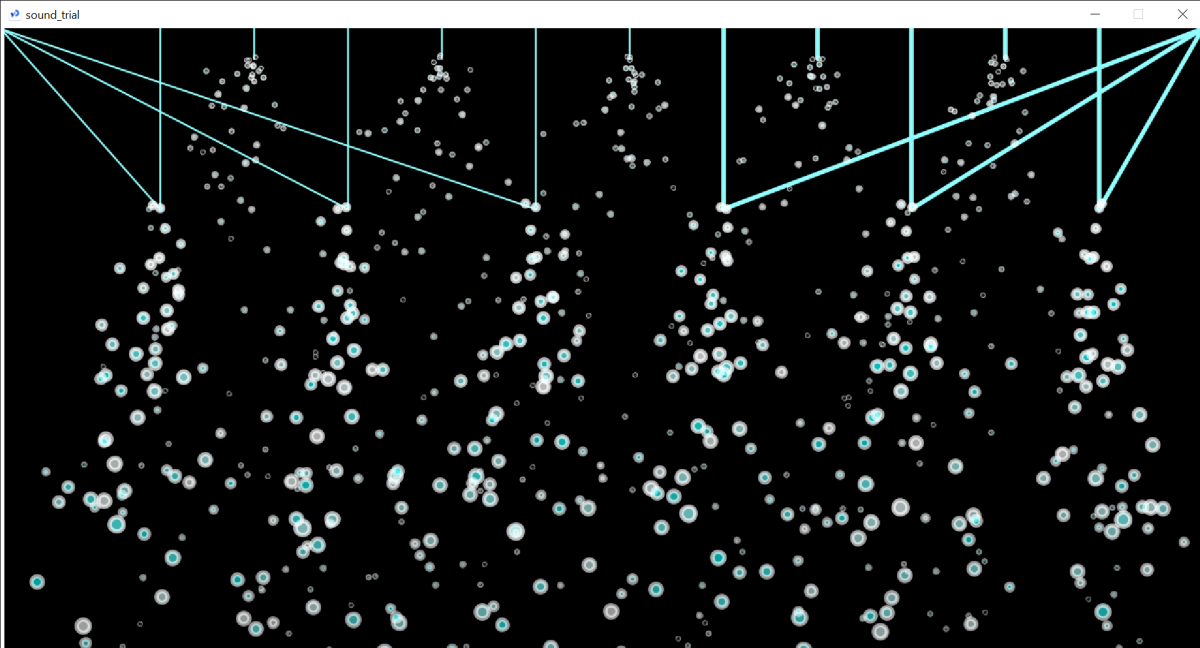 DESCRIPTION:
Sea-Auration is a generative art installation screen meant specifically for musical and live performances. I used simple shapes such as lines and circles to and animated them using the coding language by Casey Reas and Ben Fry. It incorporates the loudness of the music to change the length of the lines and the size of the circles. A speaker is required for the piece to play the music. Sound library provided by processing is used to analyze the amplitude of the music file, “Remnants of Departed Days” by Owsey , and that amplitude is sized and used to change the background color, thickness of lines, and the radius and fill of the circles. The circles follow a time line which and stay on the screen till their designated time and they cluster at the end of the line flowing in a downward velocity and a fixed acceleration.

ARTIST’S STATEMENT:
Sea-aturation is a screen installation especially meant for semi-classical concerts, giving performances a way to interact their music with the visuals of the sea. The interactive sound performance is encoded with the coding language Processing, using both visual and sounds to make the performance for a viewer more immersive, giving them a chance to not only hear the music but to see the music as well. The screen initially starts with black and gets saturated with blues as the amplitude of the music increases giving a more grandiose and immersive musical experience. Sea-aturation tries to express the feelings and emotions one experiences when being fully immersed in music like they are the conductor of this performance. “Remnants of Departed Days” by Owsey provides dramatic music for interaction, fully exploiting all the interactions possible with Sea-aturation. The bubbled waterfall forms a chandelier kind of imagery giving a semi-classical feel to the piece. Each of the strings of the chandelier alternate with their lengths responsive to music. The length of the chandelier expresses the motion of a conductor orchestrating the music. Sea-aturation invites its user to visualize the music the way they imagine it to be.