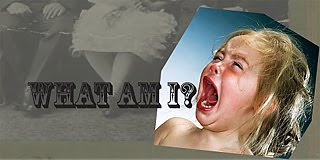 For this class project, I chose a seminal aspect of my life to explore, my own divided identity as an Italian-American.

My creative concept began by thinking about the orthographic rendition of my name, Christina and the cultural implications it contains. Thinking about my name as something that predates me, just as language comes before us, I also began considering other pre-existent facets of myself (family, the motherland, traditions, language), as well as relationships and interactions that I have with my Italian family. Given that something such as identity is so general and complex, I tried to focus on specific instances of my life and incorporate theory either explicitly or implicitly. I attempted to “read” myself through the lens of some theories, but I also wanted to “write” a story with images and color. My design strategy was based on the non-linear nature of memory so I used multiple voices, image and textual fragments, as well as the binding of the text itself, to render materially the imaginary and sensual nature of memories that return as smells, sounds, tastes, images. These memories are only some of which constitute my identity, which in itself is polyvalent and I also sought to communicate this through the layering effect that the pages achieve when spread out flat on display. The key chain that acts as a binding represents one point that is fixed and defining, while the pages spread out as such are bound to that point, yet are materially separate and can be read in any order. As the last page indicates, I was thinking of Barthes’ description of the complexity of a text that contains many layers like an onion and I thought also that these layers recalled that image. The name key chain, like my name itself, is a starting point, a point of origin that contains within it the origin of my Italian-American self. I preferred to exist in this project as a voice (or as voices) so as to try and establish distance from this highly personal topic in order to gain some sort of perspective on my life, but by no means did I expect to neatly define or interpret myself.