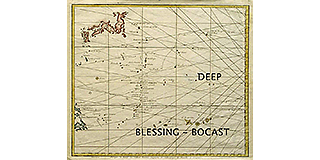 Awakening was written by Emily Blessing and Chris Bocast for performance at the 2010 Earth Day Celebration held at the Overture Center in conjunction with the Nelson Institute Annual Earth Day Conference. Asked to take textual inspiration from a Wisconsin writer, we chose Ben Logan’s The Awakening Land upon the suggestion of Mary Devitt. The work is a continuous piece, in three parts. Originally performed and recorded live with acoustic piano and electric guitar, with a backing track on environmental sounds from Wisconsin, this final version also features Ben Willis on double-bass. Emily and Chris perform at the Memorial Union Terrace for this year’s Earth Day April 22 at 5 PM.

1. South Wind
“In the night, the wind would go around to the south.
It was a soft wind, moving the tops of the bare trees, but not giving the deathly cold rattle of winter to the branches.
Go outside and there were new sounds…”

2. Immersion
“First a faint, rustling, restless sound, always familiar, always half forgotten, always a new discovery.
It was the sound of running water, a thousand trickles on all sides as the melting snow began to form streams, seeking lower ground, beginning a journey toward the far-off sea.
For Mother spring really began with the coming of the birds.”

3. The Ready Soil
“When to start the field work was Father’s decision.
Father’s calendar was the land itself.
When the soil said it was ready, then he was ready to begin.”