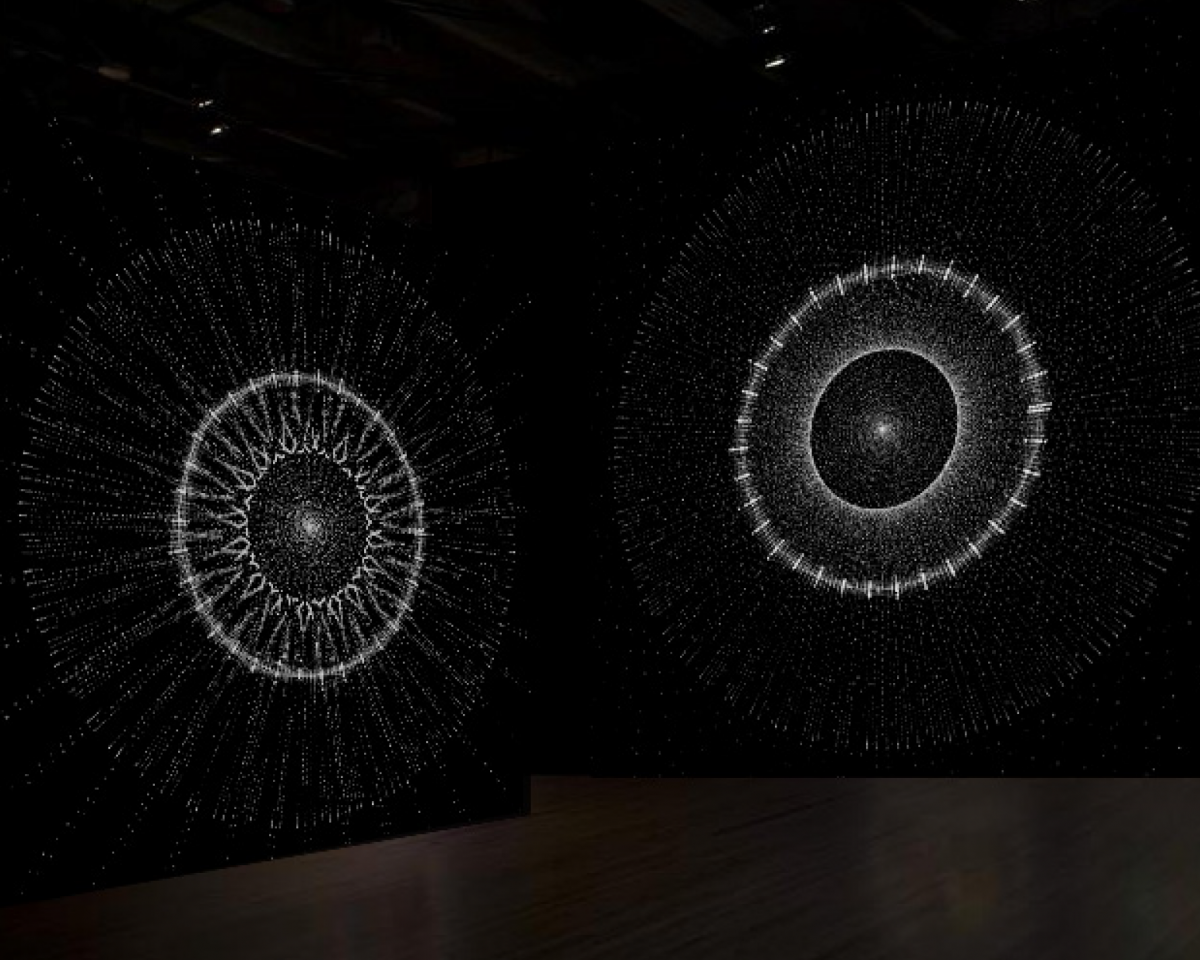 DESCRIPTION:
I used Processing, an open-source programming language by Ben Fry and Casey Reas to implement the animations in Visionary Prelude. I used the external audio library Minim to extract information about the audio input files, as well as the AudioPlayer library to create a sound buffer linking the audio’s movement to the graphics’. Trigonometric equations were used to calculate appropriate values. The audio comes from a song by BTS called “Ddaeng.”

ARTIST’S STATEMENT:
Visionary Prelude is an exploration of the relationship between sound and vision. Personally this is a piece that embodies the intersection of my major areas of study: computer science, psychology, and graphic design. In terms of technical implementation, Visionary Prelude makes use of computer code to generate vivid motion graphics and map patterns of variation in response to sound. From a psychological standpoint, the different densities and movements of particles throughout Visionary Prelude represent the distinct developmental stages from birth to growth to decay, especially in the senses such as vision and hearing. The interconnectedness of nodes or particles visually resembles the neural connections that facilitate biological development. This theme of sensory development also gives rise to the outline of the graphic as the iris of an eye.