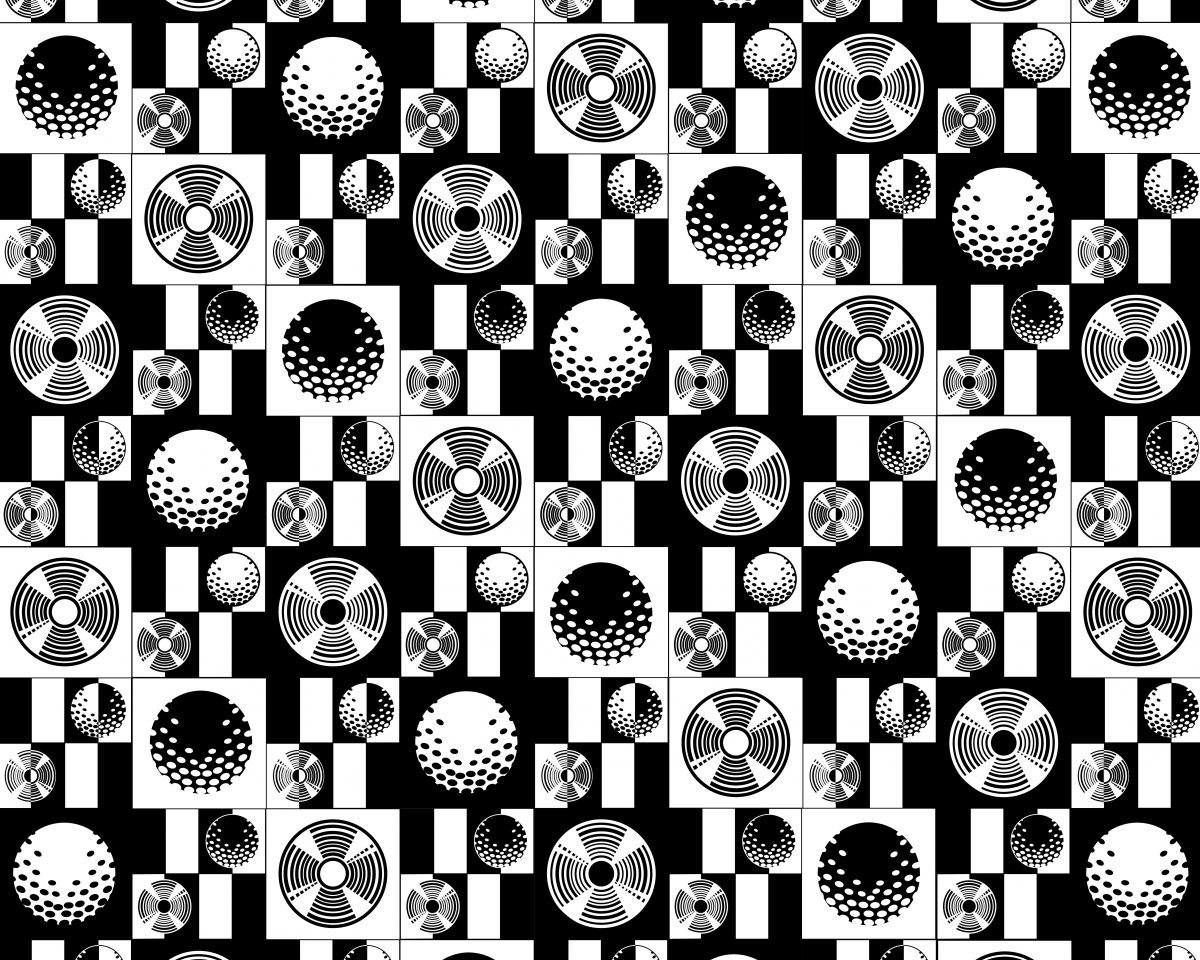 DESCRIPTION:
For this project, we were asked to create a pattern out of two to three repeating images. When given the prompt I immediately began thinking about using a variety of circular objects and the different patterns and relationships I could create between them. Ultimately I settled on using images of a record and the moon. I wanted to create a pattern that was visually appealing but not overwhelming. I think I was successful in this endeavor by varying the size of my circular motifs and playing with the stark contrast between black and white.

ARTIST’S STATEMENT:
As an aspiring graphic designer, it is important for me to practice skills such as pattern making. This project was a good place for me to try out a different artistic style than what I normally gravitate towards. I’m not used to working with such stark contrast, as I did with the black and white used in this design. This experimentation with contrast allowed me to create a bold and engaging piece. The use of only circular motifs originally created a static design, which forced me to play with the scale, which in turn created visual interest. With this project, I feel I not only created a successful piece, but also grew as an artist.