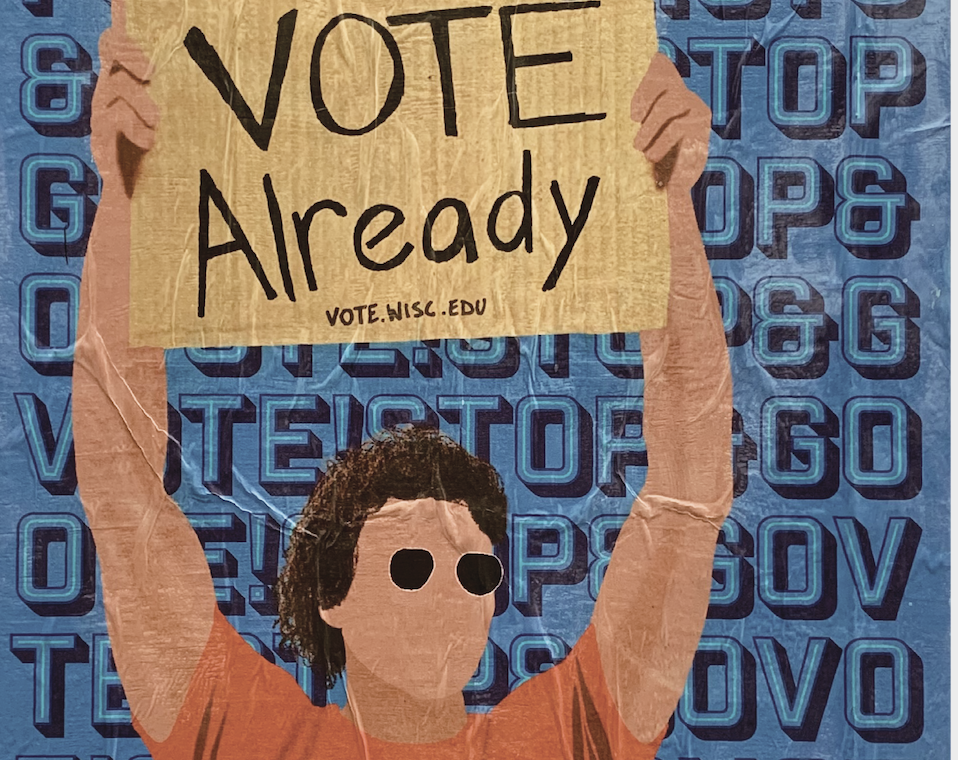 DESCRIPTION:
This poster was designed digitally, for print. It uses layered typography, illustration, and hand lettering to convey the designated message. The final product is the poster after it has been shellacked to a wall.

ARTIST’S STATEMENT:
Every design project starts with research – before pencil goes to paper for the initial sketches, the reason for the design must be clearly outlined. The question at hand, for me, was why so many students, in a very politically active climate, had not consistently voted in recent elections (prior to March 2020.) It is important to acknowledge that there are some barriers in play that might make voting more difficult for certain demographics, but this poster is targeted at the large population of in-state students. For the people who have heard the messages to get to the polls but find excuses and still complain about the politics of our country. As more messages encouraging people to vote began to pop up closer to the November elections, the poster’s message only got stronger as voters began to tire of the political messages around them. The message is simple, because in a world as politically charged as our own, it’s impossible to miss the signs telling us to vote – but at some point, it’s time to Just F*cking Vote Already.