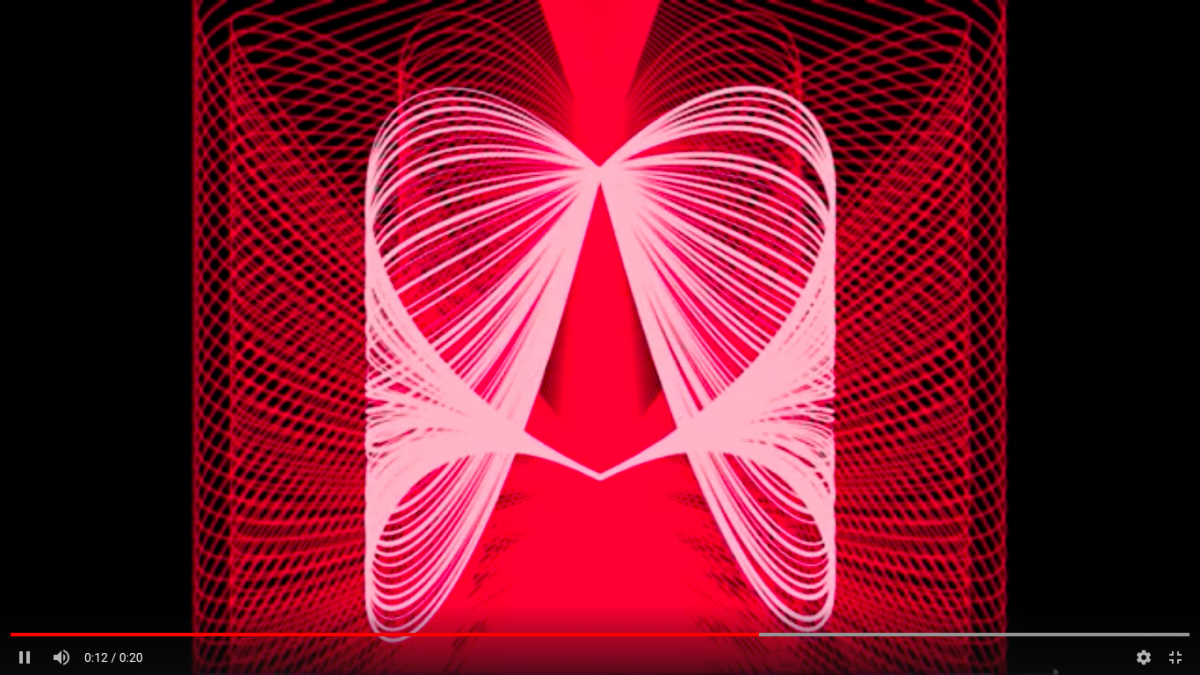 DESCRIPTION:
I created this project using Processing, an open-source programming language by Ben Fry and Casey Reas. I used FFT (Fourier Transform) from the Processing sound library to create movement that was controlled by sound. I applied FFT to the two lines of code that drew my heart in order to have it react to the audio of a beating heart. I also used mousePressed and mouseReleased to make the piece physically interactive. The heartbeat audio I used was provided to me by Yeohyun Ahn.

ARTIST’S STATEMENT:
Heartbeat is an exploration into Processing for sound visualization and physical interaction. Heartbeat was initially created as a static computational drawing. Using FFT (Fourier Transform) and the mousePressed and mouseReleased functions, Heartbeat became reactive to sound and physically interactive. Heartbeat depicts a series of coded bezier curves that are intended to loosely represent a stylized chest X-ray. It is up to the viewer to interpret which lines are ribs and lungs. The focal point of Heartbeat is a cartoonish depiction of a heart, which reacts to imported audio of a heart beating. Heartbeat begins as just the lungs and ribs projected on a white screen. When a viewer presses the mouse, Heartbeat comes to life, turning the background black and revealing a heart that “beats” to the audio of a heartbeat. When the mouse is released, the audio fades away, the heart disappears, and the screen returns to lungs and ribs on a white background. Heartbeat is meant to symbolize the effect that one person can have on another. Pressing the mouse can be seen as a representation of making an impact on another person, making their heart come to life and beat. In the same way, releasing the mouse can be seen as a representation of what happens when someone leaves unexpectedly, leaving the heart silent and still.