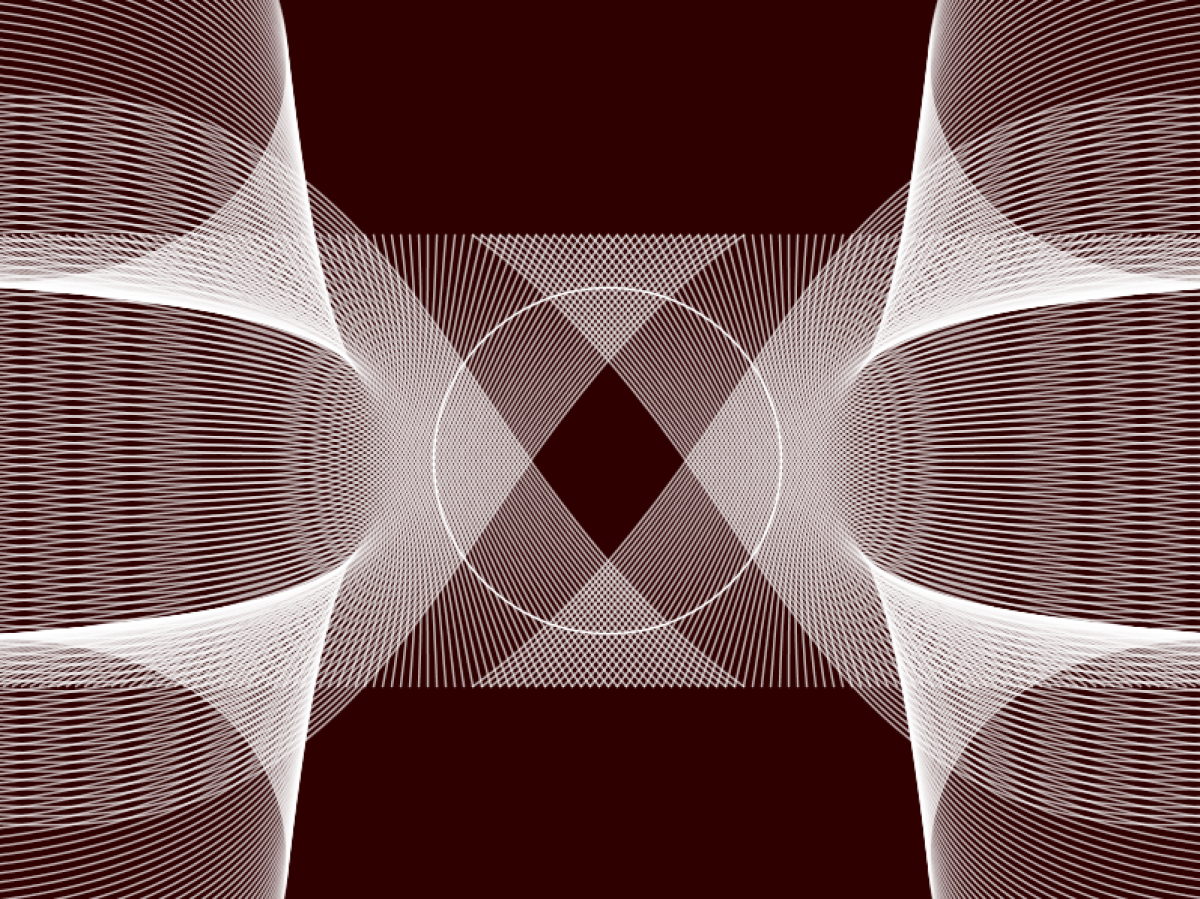 DESCRIPTION:
I created this computational drawing with the open source Processing coding language created by Ben Fry and Case Read. I used Bezier functions to create the curves that appear on both sides of the screen and the Ellipse function for the circle in the center. The sound integration was done through the use of an open source Processing library, Sound Library. The music was created by the band Rainbow Kitten Surprise, and is titled “It’s Called: Freefall.”

ARTIST’S STATEMENT:
Freefall is a computational artwork created to express the lyricism and sound of Rainbow Kitten Surprise’s “It’s Called: Freefall.” The responsive color range of reds represents the themes of the devil and hell that appear in the lyrics while the generation of the shapes as well as their movement strongly reflect the sound of the song—whether that be vocals or instrumentals. This song is a combination of allegory to myths and the artist’s inner turmoil. It is a true work of art, and I thought it should have some actual, visual art to accompany it.